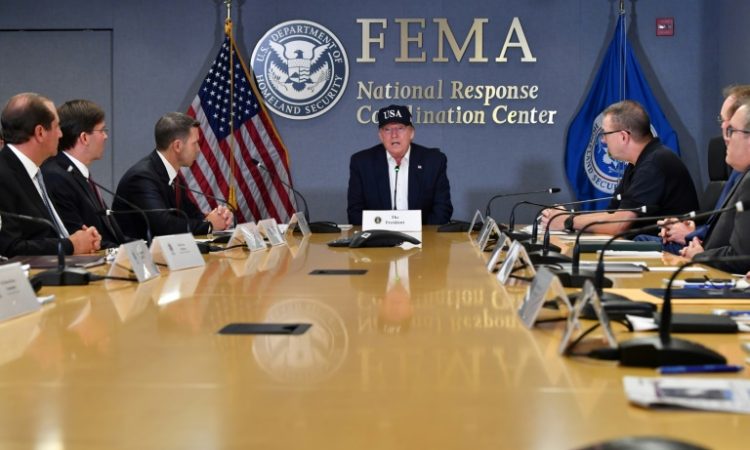 Monster storm Dorian came to a near stand-still over the Bahamas Monday, prolonging the agony as surging seawaters and hurricane winds made a shambles of low-lying island communities and spurred mass evacuations along the US east coast.

Bahamas Prime Minister Hubert Minnis said reported “devastation is unprecedented” in the Abaco Islands, which on Sunday received the full brunt of Dorian as it came ashore as the most powerful storm ever to hit the archipelago.

“Our focus right now is rescue, recovery and prayer,” Minnis said on Twitter.

The storm’s toll was still untallied nearly 24 hours after it made landfall as a Category 5 with sustained winds of 290 kph (185 mph).

It was grinding its way westward Monday at a speed of one mile per hour (2 kph), laying siege for hours to Grand Bahama Island, with sustained winds of 250 kph (155 mph).

“People who thought they were safe are now calling for help,” Rigby said. “My best friend’s husband is stuck in the roof of their house with 7 ft water below.”

Initial Red Cross estimates were that 13,000 buildings may have been damaged or destroyed by Dorian, officials in Geneva said.