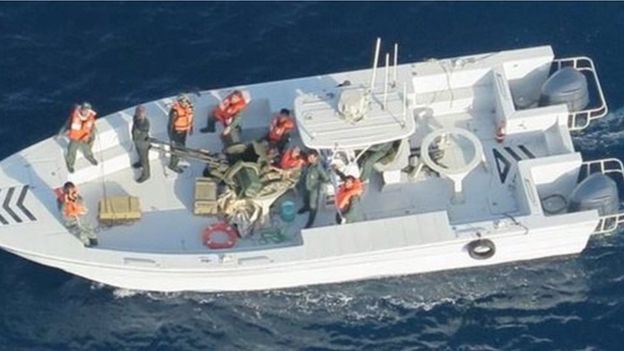 The US military will send an additional 1,000 troops to the Middle East as tensions build with Iran.

Acting Defence Secretary Patrick Shanahan said the deployment was in response to what he described as “hostile behaviour” by Iranian forces.

The US Navy also shared new images it says link Iran to recent oil tanker attacks in the Gulf of Oman.

Iran announced on Monday it would no longer comply with part of the 2015 deal on curbing its nuclear ambitions.

It said it would breach a limit agreed with international powers on its enriched uranium stockpiles by 27 June.

The US troop deployment to the Middle East was announced by Mr Shanahan late on Monday.

In his statement, he said the “United States does not seek conflict with Iran” but the action was taken to “ensure the safety and welfare of our military personnel working throughout the region to protect our national interests”.

“The recent Iranian attacks validate the reliable, credible intelligence we have received on hostile behaviour by Iranian forces and their proxy groups that threaten United States personnel and interests across the region.”

He said the military would continue to monitor the situation and make adjustments to troop levels accordingly.