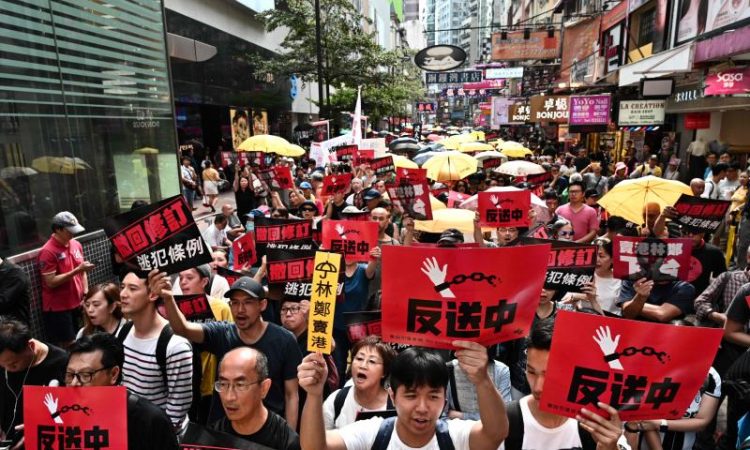 Hong Kong leader Carrie Lam has said she will not scrap a controversial plan to allow extradition to mainland China, despite mass protests.

On Sunday, hundreds of thousands of people rallied against the bill which critics fear allows China to target political opponents in the region.

Speaking to reporters on Monday, she insisted the law was necessary and said human rights safeguards were in place.

Chinese state media said “foreign forces” were behind the protests.

Organisers estimate that one million people took part in Sunday’s march, although police put the figure at 240,000 at its peak.

If the organisers’ estimate is confirmed as correct, it would be the largest demonstration in Hong Kong since the territory was handed over to China by the British in 1997.

After Sunday’s protests tapered off, violence broke out between protesters and police. At least three officers and a journalist were injured.

Another rally will be held on Wednesday, when the second reading of the bill will be debated by legislators, the AFP news agency quoted protest organiser Jimmy Sham as saying.