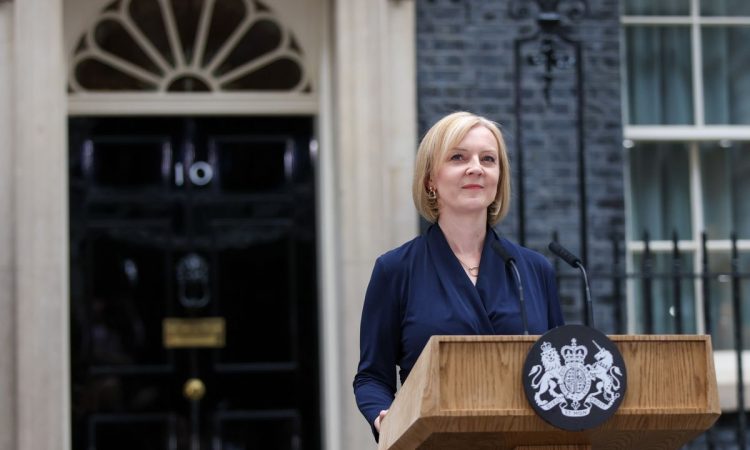 Liz Truss has dramatically resigned as prime minister after just 45 days in the job.

The PM said her successor will be elected in a Tory leadership contest, to be completed in the next week.

Tory MPs urged Ms Truss to go after her government was engulfed by political turmoil, following the ditching of most of her economic policies.

Her resignation comes after a key minister quit and Tory MPs rebelled in a chaotic parliamentary vote.

Ms Truss was elected by the Tory membership in September, but she lost authority after a series of U-turns.

In a speech outside Downing Street, Ms Truss said: “I recognise that I cannot deliver the mandate on which I was elected by the Conservative Party.”

Ms Truss said she would remain in post until a successor formally takes over as party leader and is appointed prime minister by King Charles III.

Ms Truss – who took office 44 days ago – will become the shortest-serving PM in British history when she stands down.

Admin3 months ago
112
People are lining the streets as Queen Elizabeth II's coffin travels from Balmoral to Edinburgh. The hearse is being driven...