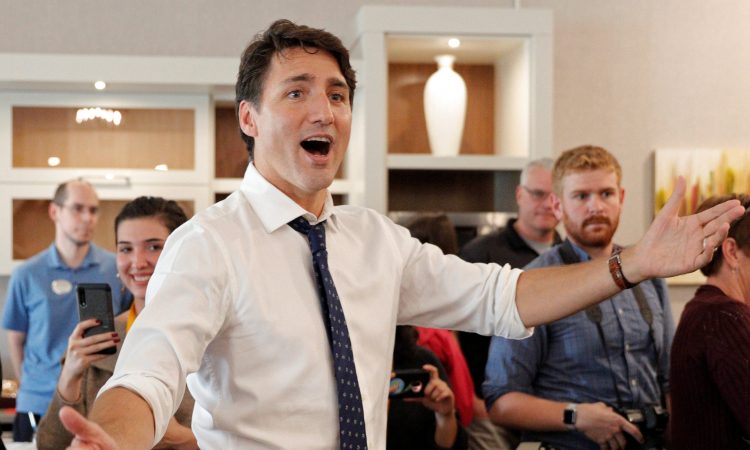 Released by broadcaster Global News, and confirmed to AFP by his campaign as being Trudeau “in the early 1990s,” the footage depicts the Liberal leader in ripped jeans and a t-shirt, his arms up and dark makeup on his face.

Late Wednesday, Trudeau apologized after Time magazine published a photograph of him wearing dark makeup at a party 18 years ago.

He also admitted to wearing similar makeup in his teens when he sang Harry Belafonte’s 1956 hit “Banana Boat Song (Day-O)” at a high school talent contest.

“I have worked all my life to try to create opportunities for people, fight against racism and intolerance,” he told a televised news conference on his campaign aircraft.

“I can say I made a mistake when I was younger and I wish I hadn’t. I wish I had known better then, but I didn’t and I’m deeply sorry for it.”

“Now I recognize it was something racist to do,” he said, acknowledging that his enthusiasm for costumes — which has also included dressing as Clark Kent/Superman and a “Star Wars” rebel pilot for Halloween — has not always been “appropriate.”

Trudeau, 47, whose party won a landslide victory in 2015, has already been under attack for an ethics lapse and other controversies.

The controversial images are fresh blows, coming out one week into a federal election campaign with Trudeau’s party in a tight contest against the Conservatives led by Andrew Scheer.

Trudeau was scheduled to campaign in Winnipeg and Saskatoon on Thursday.

The election is set for October 21.