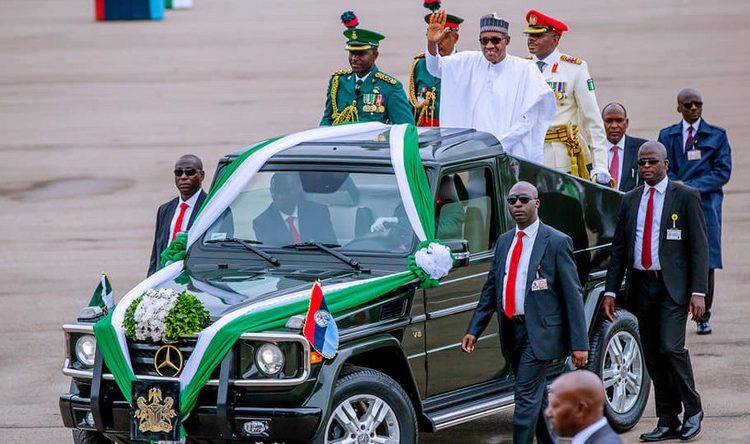 When President Muhammadu Buhari is sworn in on Wednesday for a second consecutive democratic term in office, it will be a low-key affair: no pomp or pageantry, no retinue of world leaders.

This is because last year the incumbent made the smart decision to move “Democracy Day” from May 29 (when traditionally inaugurations are held) to June 12 in honour of MKO Abiola, the acclaimed winner of the June 12, 1993 presidential election, who was denied his mandate by military dictator Ibrahim Babangida and eventually died in detention.

The quiet inauguration, however, is also a foretelling of what to expect of Buhari’s next four years: they will be economically drab, ideologically uneventful and nothing distinct from the past four. A low-key inauguration will prepare the ground for a lower-key exit in 2023. Buhari himself implicitly admitted as much recently.
The ceremony took place at the Eagle Square in the nation’s capital, Abuja.