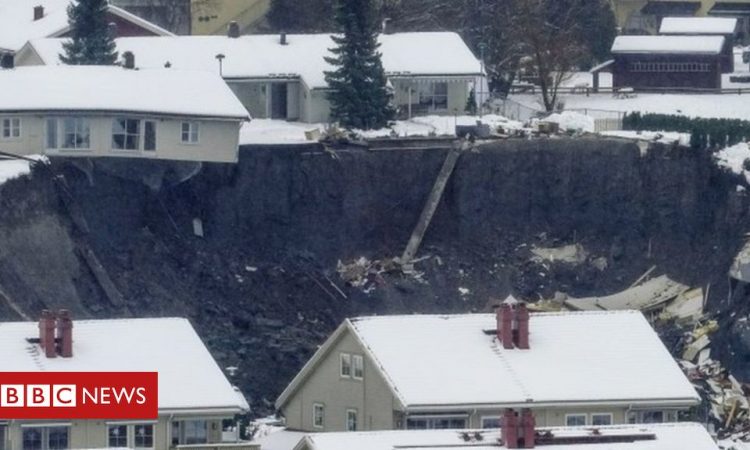 A landslide in a Norwegian village has left at least nine people injured and buried houses under what looks like a huge slick of mud in a gully.

Police told the NRK broadcaster that 26 people were unaccounted for in Gjerdrum, which lies some 25km (15 miles) north-east of the capital, Oslo.

Several hundred people have been evacuated from the village.

“Police are designating this as a disaster,” head of the local police operation, Roger Pettersen, said.

Norwegian Prime Minister Erna Solberg posted on social media, saying: “It hurts to see how the forces of nature have ravaged Gjerdrum.

“My thoughts go to everyone affected by the landslide.”

NRK said recent heavy precipitation may have made the soil unstable. The landslide struck in the early hours of Wednesday.

Several people were reported to be trapped and police said some had managed to phone relatives appealing for help.

Some had made emergency calls to report their houses were moving.