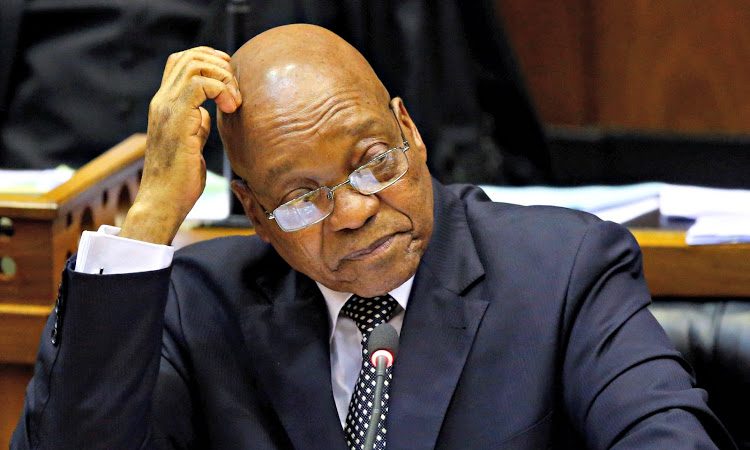 South Africa’s embattled former president Jacob Zuma will appeal a court ruling that he stand trial on corruption charges, his lawyer said Tuesday, in a last-minute move delaying a case over bribery allegations dating back to a 1990s arms deal.

The trial would have been the first time Zuma faced a court on graft charges, despite a string of accusations over his long political career.

The High Court in the southeastern city of Pietermaritzburg last week rejected his request to have charges of fraud, graft and racketeering dismissed, clearing the way for the trial to start on Tuesday.

But Zuma’s lawyer Thabani Masuku told the court at the start of the trial that the ex-president would appeal, dragging on a case that has seen numerous legal twists over 15 years.

“Mr Zuma would like to exercise the full extent of his constitutional rights, which includes the right to appeal,” Masuku said.

Zuma was forced to resign as president last year by the ruling African National Congress (ANC) party after a nine-year reign marred by corruption allegations and dwindling popularity.

He is accused of taking bribes worth four million rand ($270,000) before he became president from a 51-billion-rand ($3.4-billion) 1999 arms purchase by five European firms, including French defence company Thales.

Both Zuma and Thales, which is accused of paying the bribes and was also to stand trial, deny the charges.

The defence team of Zuma, who has claimed he is so broke he had to sell his socks to raise legal fees, maintained that the ex-president had been ready for trial for 14 years.

Both legal teams agreed that proceedings would now be postponed until the provisional date of February 4 next year.

Large crowds of supporters have traditionally rallied for his court appearances, but a smaller number of fewer than 150 was outside the proceedings on Tuesday.

Zuma faces 16 charges of fraud, graft and racketeering related to the purchase of fighter jets, patrol boats and military equipment arms deal when he was deputy president to the country’s second black president Thabo Mbeki.

Critics have dubbed him the “Teflon president” for his reputed ability to evade judicial reckoning.

His former financial adviser Schabir Shaik, who allegedly facilitated Thales’s payments, was in 2005 found guilty of fraud and corruption and sentenced to 15 years behind bars.

But, shortly after Zuma became president in 2009, Shaik was released on medical parole.

Analysts have warned that if Zuma goes on trial, he will drag down with him many leaders of Nelson Mandela’s ANC, which has governed the country since the end of apartheid in 1994.